For all those who have looked enviously at birds in flight and have marveled at their joy and freedom, this is your chance! Book a flight with the flying school "Paragliding Fun" and make the dream of humans from ancient times come true in the experienced and safe hands of multiple champion and cup winner Yiannis Xiros.

A unique experience. A tandem flight will uniquely give you the experience of your life to

Requiring you to do nothing more than take a few steps at take-off and at landing, you will fly safely, comfortably and calmly with free hands to point, take photos or video, talk freely with the pilot and marvel. For those with a bit more adrenaline, some acrobatic maneuvers will increase the Gs. Just ask the pilot and you can experience more fun than at a funfair ride. 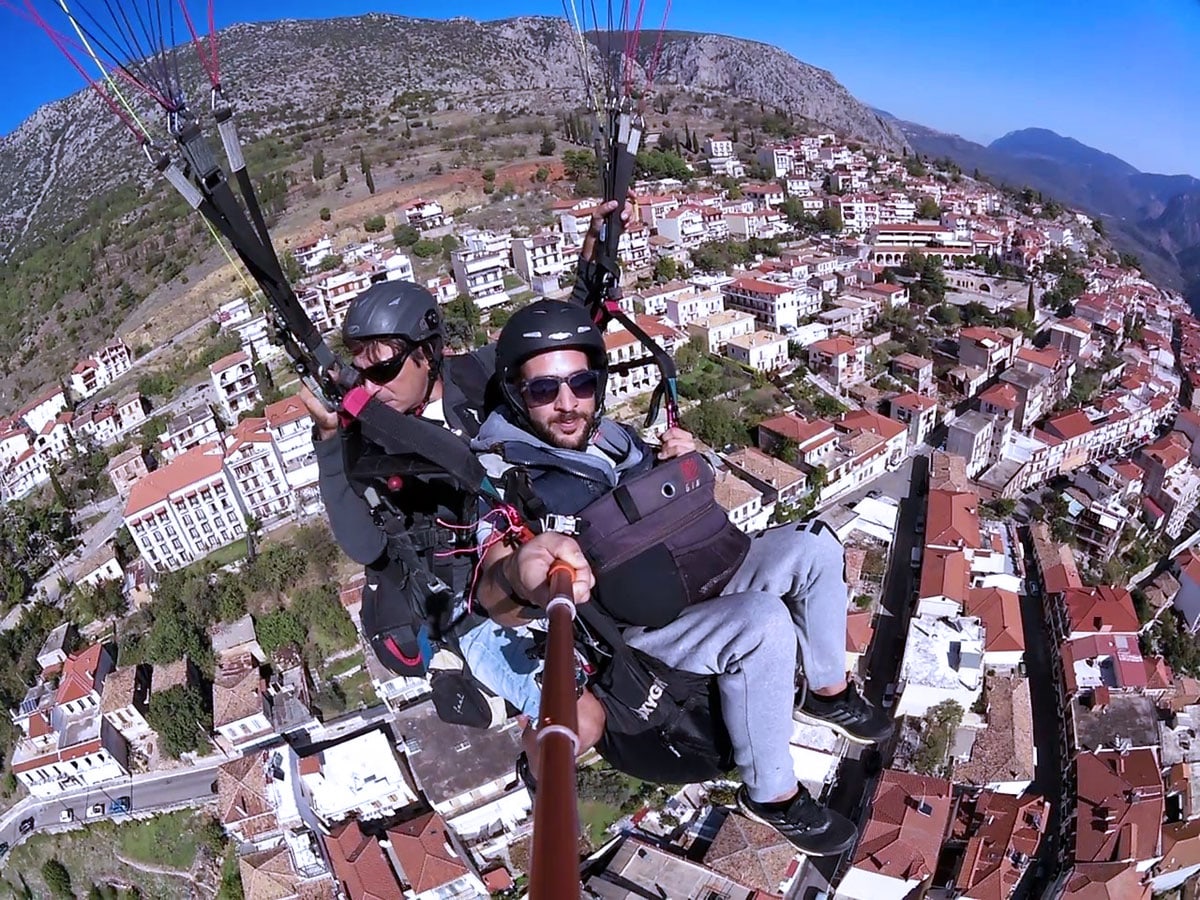 One of the most famous ancient sites in Greece, the town of Delphi is located above a 300-meter vertical cliff almost as dramatic as the monasteries at Meteora. In ancient times Delphi was the location of the most famous of the oracles, visited by the most powerful rulers seeking to know the future. As a result, Delphi became one of the richest towns with astounding temples and other important buildings and important from pre-historic to Roman times. The site today is most impressive and the museum filled with treasures including the famous statue of Iniohos.

For us, Delphi is also an amazing place to fly. The take-off is just outside the town at about 500 meters above sea level. The beauty is breathtaking and one can fly above the cliffs full of caves, often accompanies by local birds of prey and even over the town and the ancient site itself. The valley below is the largest olive grove on the planet with over 1.2 million trees and all in full view of the coast of the Corinthian Gulf below. 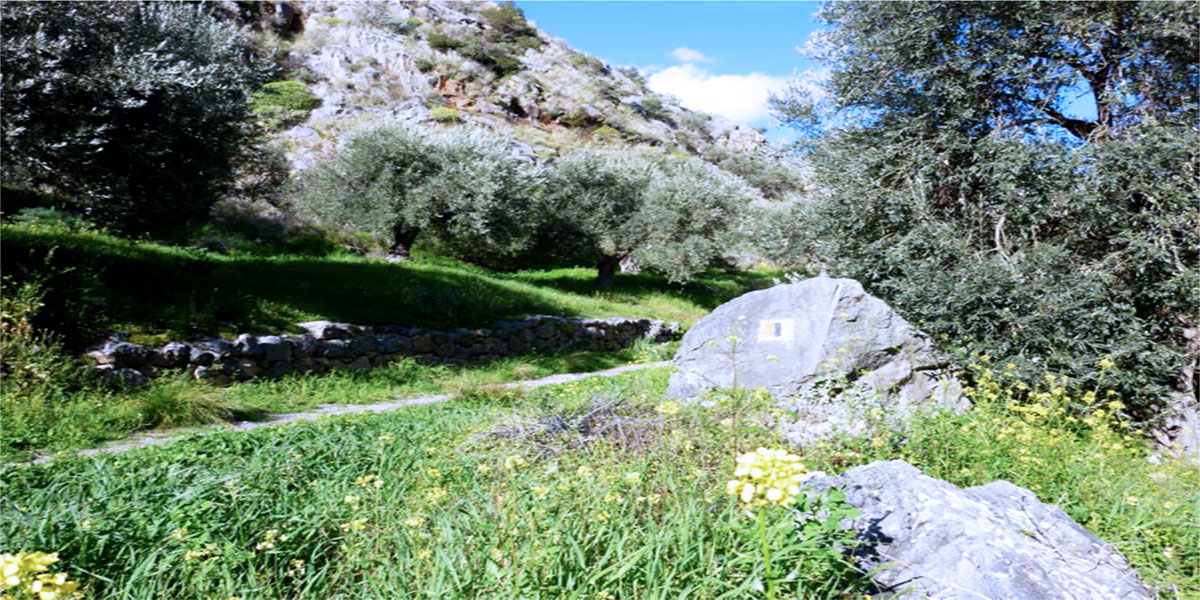 Visitors to Delphi have much else to do in the area apart from the flying and the ancient site. Hikers have a wide choice of walks either upwards on ancient stone paths from Delphi towards the Parnassos mountain or down from Delphi to the coast at Kirra the ancient port of Delphi. In only a few minutes drive from Delphi one can visit the 1,000-year-old monastery of Prophet Elias with its astonishing wooden carved chapel.

OTHER TANDEM FLYING SITES NEARBY

The flying school Paragliding Fun is active in all of the Fokida prefecture. The area has many take-offs suitable to all kind of wind directions. Is the only place in Greece that you can fly all year around with good enough thermal conditions even during the winter.

Flying over the city of Itea gives you the opportunity to combine the 600 m high vertical rock faces standing above the sea with the beauty of the sea itself and the tiny islands in the bay. Take-off is 750m asl (above sea level) and landing is in the town’s marina.

This place is ideal during the winter season offering really good thermal activity even at that period. The adjacent peaks of Parnassos mountain, the towns of Arachova and Delphi are all on your way in a tandem flight that can last at least 30 minutes flying you beside vertical rock faces and breathtaking views of the Parnassos plateau and simultaneously of the Gulf of Corinth.

All the flying sites in Fokida’s prefecture have a special beauty, because of the combination of vertical Rocky Mountains, the vast olive groves and the sea of the Corinthian gulf with its tiny islands. But flying over Trizonia island and the nearby island of Saint Ioannis with its unique sea lake, is of an unbeatable beauty! The flight starts from an 800 m high mountain and combines vertical rock faces, next to the little church of st. Eliseos, with amazing views over the blue sea and the Trizonia island over which, we fly hundreds of meters. A unique experience in an excellent environment, so close to Nafpaktos and Patras to the west, that the bridge of Rio seems to be under us, just 10 min from Eratini and only 45 min drive from Delphi. When words cannot describe the beauty of this flight, then a video of it will help you to realize and imagine how much better a real flight will be in this magnificent part of Greece.

The flight over the city of Amfissa give us the chance to fly over the biggest olive grove of the world while in full view of the sea to the south. Is flyable all year round with good thermal activity even in winter.